The awesome weekend weather was too good to pass up, especially after yesterday’s outing to Sorcery Mountain. With limited options of new places closer to home and a super late morning departure, I thought we’d revisit this area. During our previous trip to Noble Knob spring of 2016, we had to forego this high point due to another late start and with less than optimal snow conditions.

Seeing a trail closure sign at the trailhead, presumably left from the summer, it suddenly dawned on me that this area had been part of the Norse Peak Fire. Another sad sight from the get-go, trail was strewn thick with remains of burned tree trunks. We couldn’t get through a single switchback without having to negotiate at least one down tree.

Once snow coverage became full and trail slowly dwindled, I put on snowshoes at 5,200′ in calf-deep snow. The tree hopping exercise however, continued for another 500′ elevation to the meadows before the trail junction. Mount Rainier had finally fully emerged from the southwest.

We made a right onto Noble Knob Trail and maintained a relatively constant elevation for another thousand feet before trail gradually descended to Mutton Mountain’s west saddle. From the saddle we followed the west ridge up to the broad, elongated summit marked by a small cairn. It looked like some snow had melted out so summit wasn’t fully covered.

Since we don’t get to hike in the South Cascades often, the only identifiable peaks were Mount Rainier, Mount Adams, Noble Knob, and Crystal Mountain. But all the familiar high points farther north by I-90 were visible. Pup and I enjoyed a 45-min stay then left the summit to head down.

Starting late did have its perks, my favorite being the beautiful, vibrant colors from day’s end, especially right around the time of the Golden Hour. But that also meant we ended up getting back to the car after dark, but I guess that’s what headlamps are for, right? 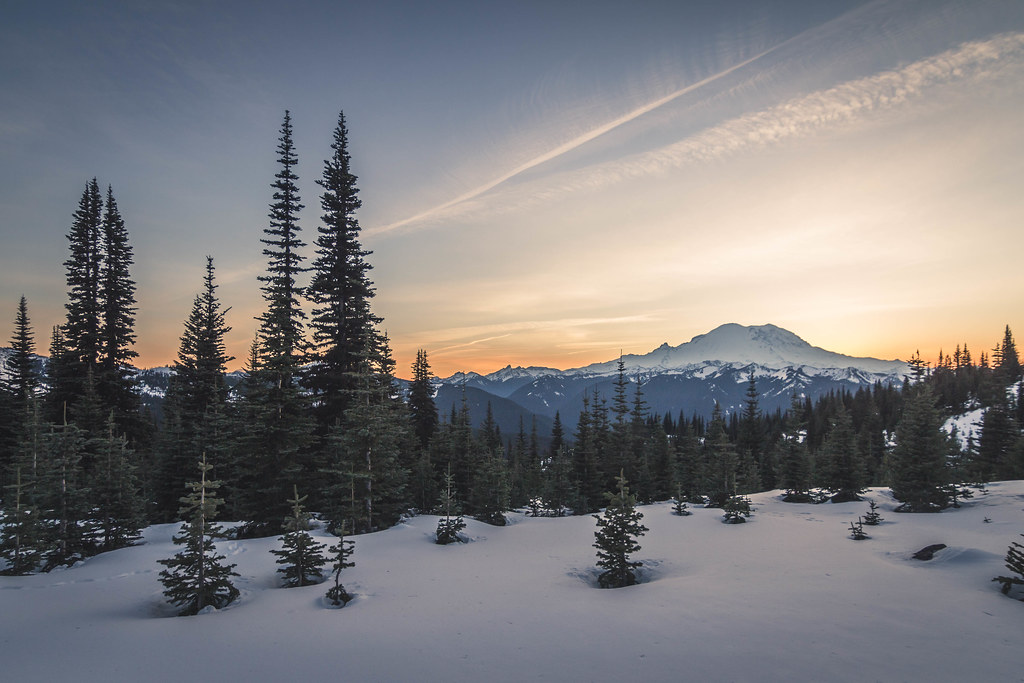 Thank you for another safe outing