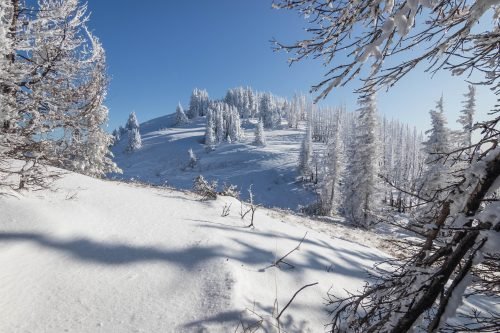 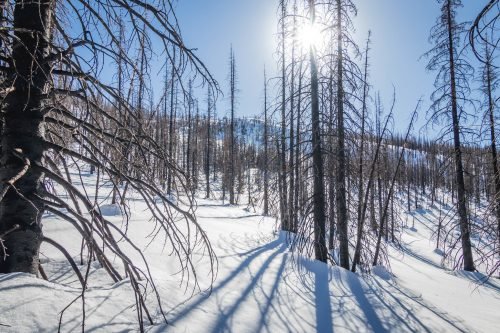 Today the plan was to go through a handful of old trips. But instead, I found myself start packing for another outing. 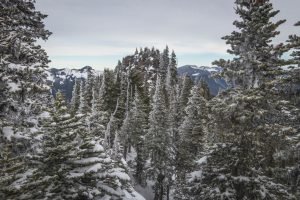 I first took notice of the two peaks while climbing Burnt Mountain across the Carbon River Valley. 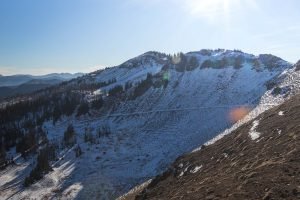 In an effort to avoid the potentially dire Thanksgiving weather, I decided to move our pilgrimage to the peak ahead by two days. 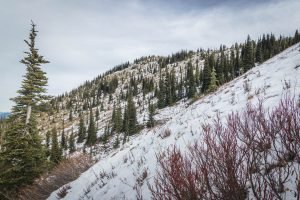 Saturday snow level along the Highway 2 corridor was around 3,000'; today the first patch of snow appeared just above 5,000'. 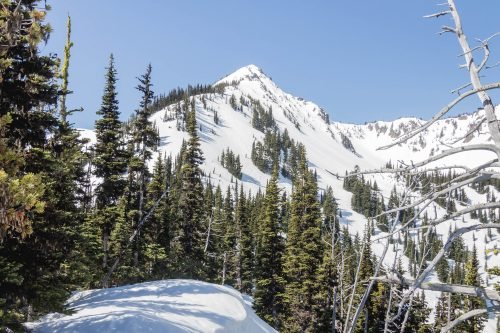 All the years of staring at Crystal Mountain (aka Silver King) from across the basin, we finally got the chance to pay a visit.

The awesome weekend weather was too good to pass up, especially after yesterday’s outing

Crystal Mountain Boulevard was clear of snow and ice despite low morning temperatures, no problem getting to the gated Gold Hill Road

All photos from this trip can be found here. Initially missed the NF7170 turnoff and turned left into Alta Crystal Resort (NF7172) instead. After spending about 10 minutes driving around…

Time flew by us quickly while we were having fun, hard to believe it’s been three years since our last visit.

I used this trip as an opportunity to check out crevasse conditions on Little Tahoma before the trip.

Only a few places in lower elevations with intermittent streams to fill water.

More rain this weekend, and South Cascades looked to be the place to be for a rain-free hike.

It was my concert weekend so I looked for something near Tacoma. In comparison with weather forecast in the area, I found a hiking report to Grass Mountain East where…

Our first hike to this peak and views were awesome. But it was soooooo hot!