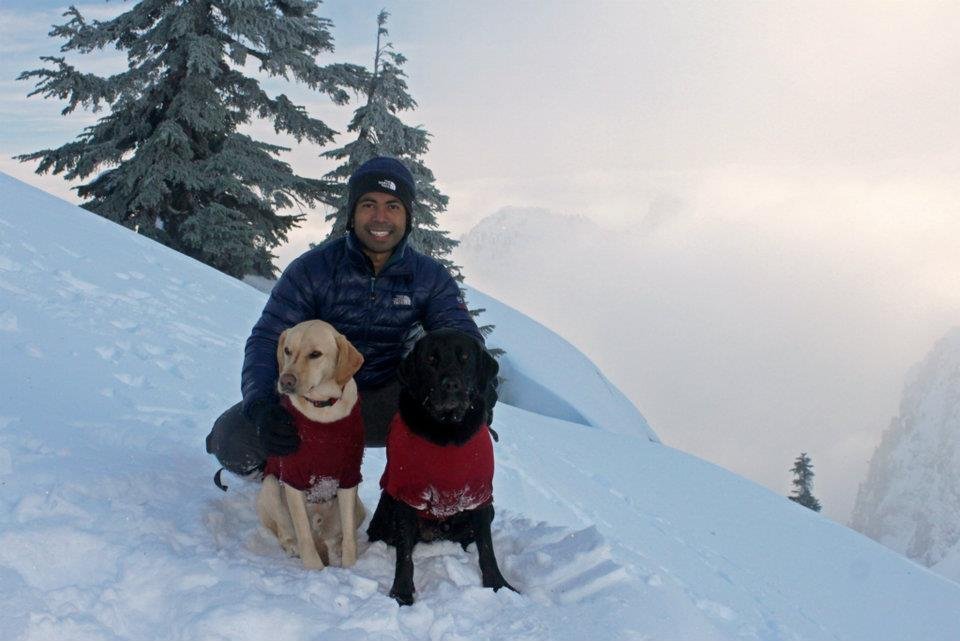 Baring Mountain is probably best done during summer without much of the snow from the upper basin onward. I’ve been beating myself up for not starting recent hikes early, and this time found myself staring at the summit with disappointment of needing to turn around before sunset time.

The first 2.5 miles of road 6024 was free of snow; the parking lot had a few inches of snow but icy. We started hiking at 10 AM with another group of five or six hikers following behind. Although there was no sign of the other group the entire time we were on the mountain. The steepness of the slope getting to the ridge felt a lot like that of Snoqualmie Mountain and Painted Mountain. The hiker’s path was a bit easy to follow with the help of some pink ribbons. Oddly enough, as soon as the hiker’s path got completely covered in snow around 3,500’, no more pink ribbons were to be found.

The easiest part of the climb was getting from the ridge at 4,000’ to just before the cliffs at 4,200’. But getting to the south ridge and into the basin required more insane, steep climb of 600’. Once in the basin, getting through the seemingly countless snow-covered boulders was another story. There was 100% sunny weather in the forecast, but we saw nothing but clouds the entire time.

The gully leading up to the col was a little spooky at times with the clouds rolling in and out of the area. The gully was icy, but with enough snow covering to provide traction. The further up the gully we went, the more ice and a lot less snow there was. Crampons would have been great to have, but spikes seemed to do good enough of a job to keep from sliding.

It was extremely windy on the col, with more snow than anticipated from the col leading up to the last 500’ of scrambling. We managed to get about 100’ above the col but then realized it was time to turn around. Knowing that we’d spend sometime in the dark, I made sure the dogs and I got back down to the ridge at the 4,000’ mark before complete darkness. On the way back I spotted some foot tracks on the other side of the cliffs, the other group’s turn-around point.

Somehow I had forgotten about the crux of the climb, where the dogs needed my help earlier to get up some exposed rocks. Needless to say, this section made going down a bit more interesting, but we all managed to get down without a hitch. Forty-five minutes of darkness before getting back to the trailhead.