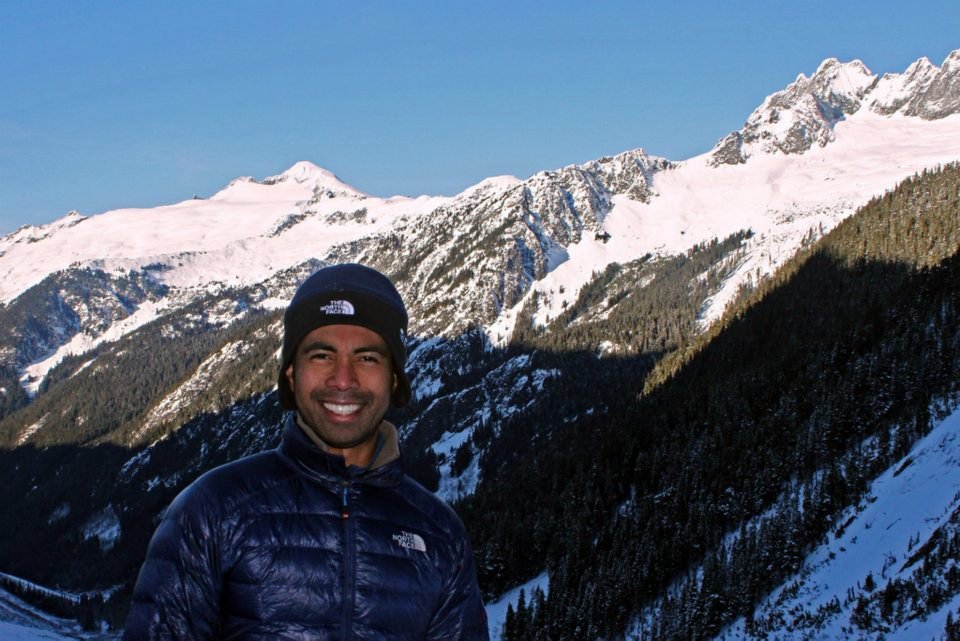 Cascade Pass was Tim’s idea for the gorgeous Sunday weather. We were lucky enough to get all the way to milepost 21 closure sign on Cascade River Road in Tim’s power jeep. One and a half feet of snow at the road closure and I doubt my SUV would have been able to make it that far. A big blowdown at mile 10 that has since been sawed off, enough for two cars to get through side by side. Packed snow and icy conditions at mile 12 onward, and even more snow once past the National Park sign.

The first two miles to the trailhead we had beautiful views of the surrounding peaks and icy creeks one after another. Instead of taking the summer route that is now deeply buried in the snow, we went straight for the head of the basin. The crux of the shorter route was getting over a steep, icy slope. With only two ice axes available for the three of us and one group member unnerved by the slope, we made our stopping point at 4,800’, just 600’ shy of the pass.

Views from the turnaround point wasn’t all that bad, just enough peaks to satisfy the appetite. But it would have been to unveil the mystery of other side of the pass and beyond. Clear blue sky the entire time in the basin, but we didn’t get the chance to be graced by the sunlight.

I used spikes for traction on this trip, but there was deep enough snow past the trailhead and into the basin to use snowshoes for faster traverse.