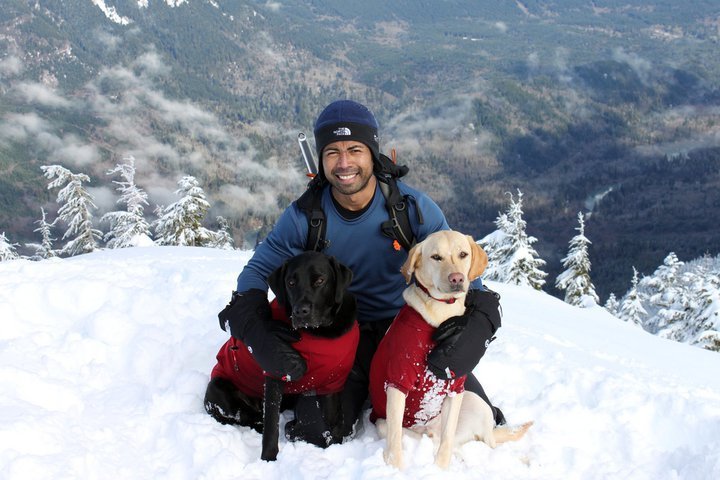 All photos from this trip can be found here.

Being that I had concerts both Friday and Saturday nights followed by Big Climb on Sunday, I needed to find somewhere close to home to hike. It’s been nearly a year since I last visited Mailbox Peak and the puppy hasn’t been there, so it was a perfect hike for the day. The weather was going to be mostly cloudy in the North Bend area with 30% chance rain.

Got up extra early on Saturday morning so I could get to the trailhead at a decent hour before the crowd started showing up. The most recent review from a week ago on the WTA site sounded as though there was no problem getting to the top. The area looked as though it had just gotten some fresh snow recently; possibly from the night before. So I strapped my snowshoes onto the backpack just in case.

The snow began to appear about halfway up the mountain. I tried holding off on putting on microspikes until it got to be pretty slippery. There was even more snow once we got to the talus field, and all the way to the top. Thanks to the two guys in front of me for breaking the trail. No need for snowshoes as we didn’t posthole too badly. The weather became mostly cloudy once we got to the top. Three of us were the first ones on top, followed by a man and his chocolate Lab, and then a group of four men. We took a short break and some pictures then headed back down.