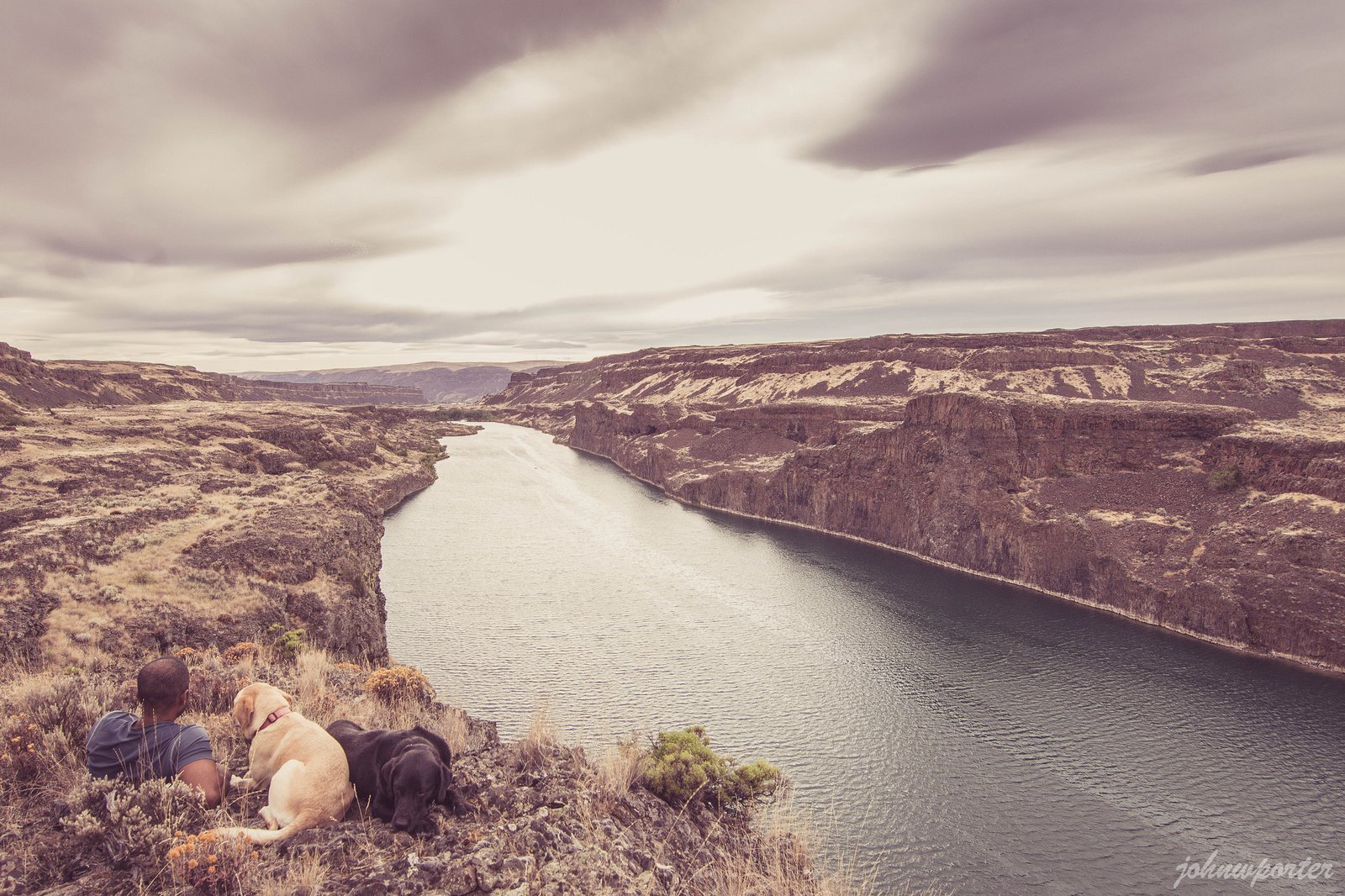 First time camping in Central Washington. Eastern edge of the lake fell outside of Sun Lakes State Park, and we were able to start the approach through Coulee City.

Walking alongside the Main Canal was not very interesting, at least not until we started seeing parts of the Monument Coulee. We passed Castle Lake on the way to camp and the lake looked pretty dried up. Eventually we came to a big flat area at 1,400′ overlooking Deep Lake and set up camp there.

There was quite a bit of daylight left, so we walked along southern edge of the lake on coulee rim and stopped at a good viewing spot before turning around. From there I could hear people at east end of the lake having a blast. Heading back to camp we saw several boaters out on the water.

The night was cool with light breeze, stars were out with thin clouds on the edge of the sky. The Milky Way was right above our heads.