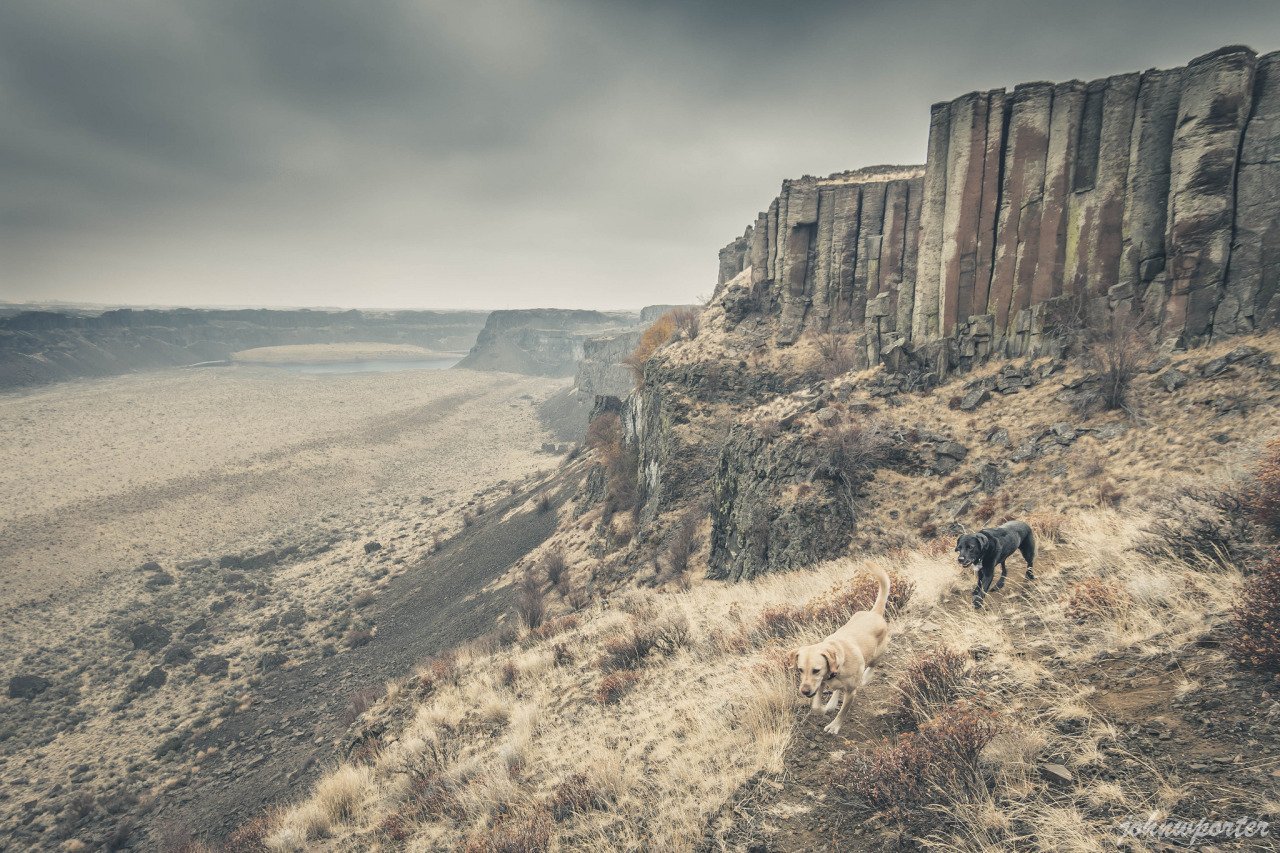 This was our fifth time visiting the coulee, including one backpacking trip over this past summer. The first three visits we followed the usual loop counterclockwise heading east to Dusty Lake, up to the coulee divide, and dropped down into the Ancient Lakes side. This time we tried something different by getting on top of the southern rim of the coulee via the west end, in part because I wanted to see Dusty Lake from a different angle.

There were around ten cars in the lot when the pups and I arrived at 10 AM, and a group of backpackers were heading in just I was getting ready. My initial goal was to get on the coulee divide via its west end. But getting on top required doing some class 4 to low 5th rock climbing and that was completely out of the question with two dogs. Then we headed farther south to reach the scree slope on the west end of the southern rim. Rather than immediately getting on top of the basalt columns, I opted to follow a hiker’s trail and contoured the bottom of the columns. There wasn’t a good way to get on top of the columns once the trail ended, so we backtracked and go to the top via easier terrain.

Many places for photo opps along the edge and I was surprised how desolate it felt even with the nearby farmland. We eventually worked our way to the highest point above Dusty Lake and made that our turnaround point. After spending about an hour taking photos and eating we started to head out around 2 PM and that’s when it started to rain, but it was light and only for half hour or so. If it rained east of the Cascades, I could only imagine how much more of it the Cascade mountains were getting.

A couple of hikers in the coulee

to the lake on our way in, then a few people horseback riding on our way out.