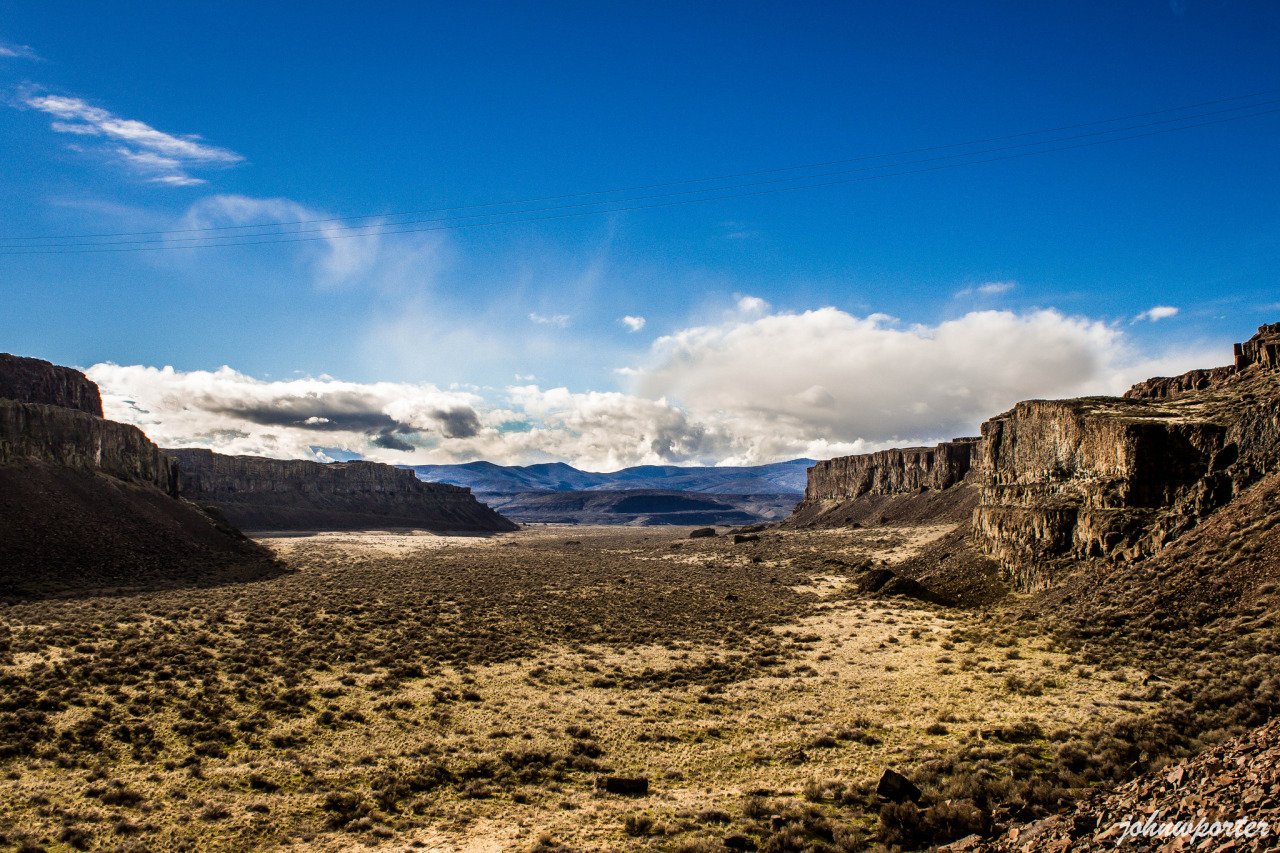 Nonstop rain all week on the west side, as per usual, the pups and I escaped to east of the mountains in hope for some sunshine.

Three other cars parked by the gate when we arrived, and one other car pulled up just as we were getting ready. The area was overcast sky with a little bit of drizzle, but it got progressively better after we started moving. We’ve been here two other times before so we’re no strangers to the place. This time rather than heading straight for the waterfall, we scrambled toward the north wall and then traversed the coulee counterclockwise, just something a little different.

There were two other parties in the coulee on our way in as they were heading out via the standard trail. After we arrived at the waterfall, another party with two dogs bypassed the waterfall and went up east end of the trail onto the main road.

It was sunny all afternoon and got pretty warm at one point. Glad there wasn’t much elevation change, otherwise I’d be sweating like a pig. We didn’t see anyone else for the remainder of our hike back to the car.