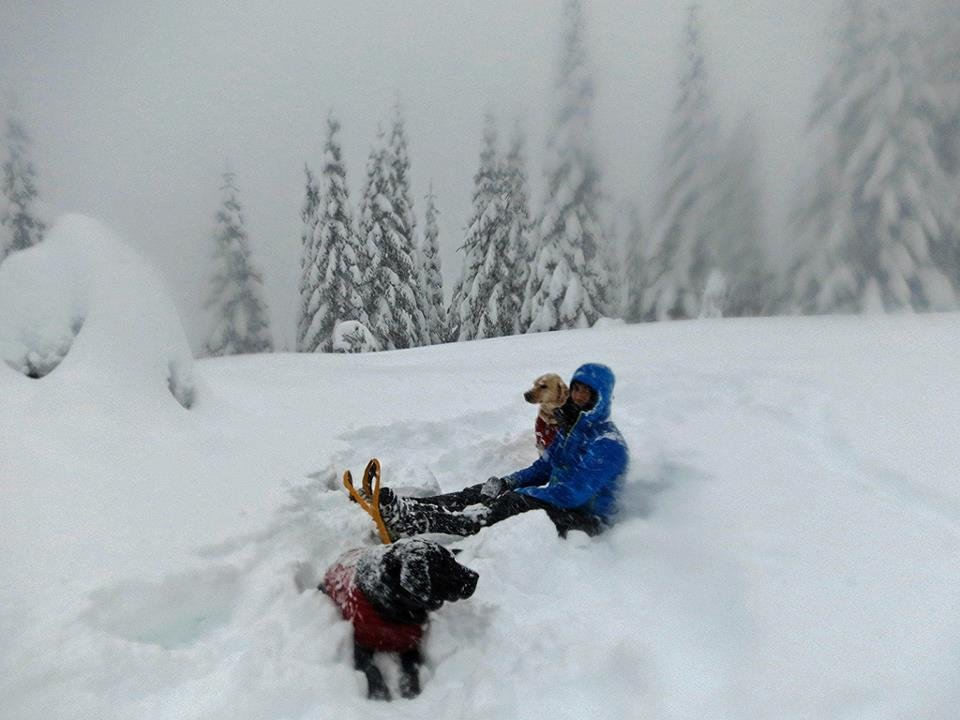 Parking area and up to a mile of hike was free of snow, then more snow around 2,200’. The amount of snow was still bearable without snowshoes until 4,000’. It became drastically windy once coming out of the treeline then followed by a brief flurry of snow.

It became increasingly windy once we got to the pass. Surprisingly the clouds were high enough that Dixie Peak was visible from the pass. It took longer than expected to scramble to the false summit largely due to the densely populated trees.

The weather took another drastic turn just before we got to the false summit and we were soon accompanied by snow showers and high wind. The wind was so strong that I actually stopped to put on my balaclava. We went a little further to start the last bit of scramble to the summit but decided it was not worth fighting the wind and snow to get up there. I also needed to be back in town in time for the concert call time and there wouldn’t have been enough time to finish the rest of the climb.