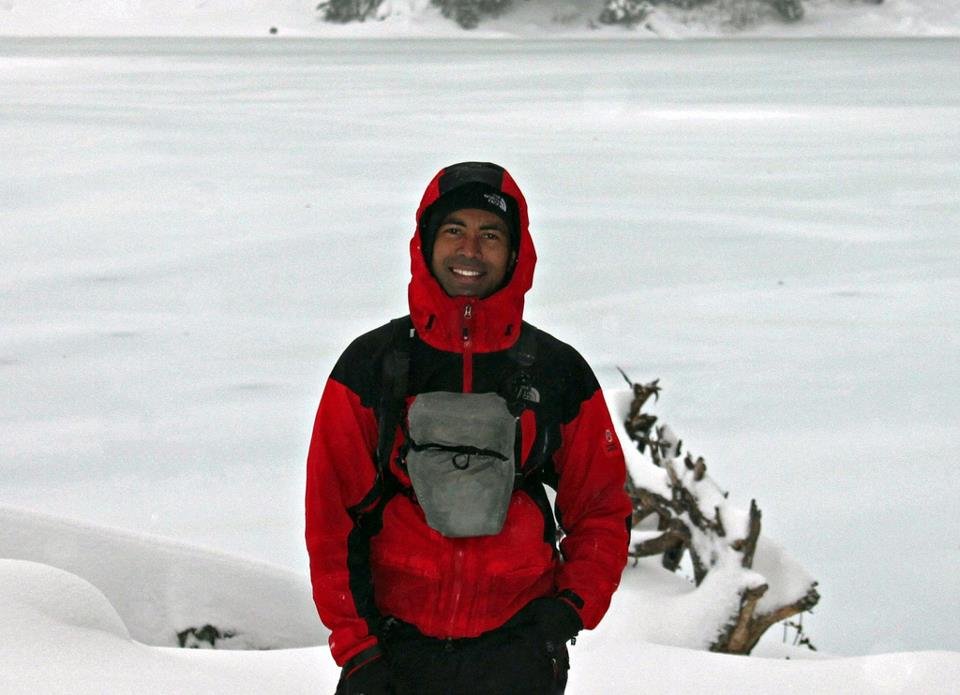 Melakwa Lake was supposed to be our stopover on the way to Kaleetan Peak. Overnight snowfall had added more inches of snow in the area and it snowed on and off while on the trail. I almost didn’t make today’s hike because we got home relatively late the night before from Lookout Mountain.

Due to the lack of sleep, two of us couldn’t make the 6:30 carpool time from Bellevue and had to start hiking an hour to an hour and half later than the other two. The hike to Hemlock Pass was uneventful with more switchbacks than I remembered from three years ago. The four of us eventually reunited on the ridge just past Melakwa Lake. There was more snow on the ridge and two people didn’t bring snowshoes with them. This made trekking up the steep slope a lot more unbearable than it already was for the two people. We soon scratched the plan to Kaleetan Peak and returned to the lake to hang out for a while before calling it a day.

Spikes were used from trailhead to the lake for traction and balance. The trail had been stepped on enough that snowshoes would simply be an overkill.

Another snowy day hike in the neighborhood.