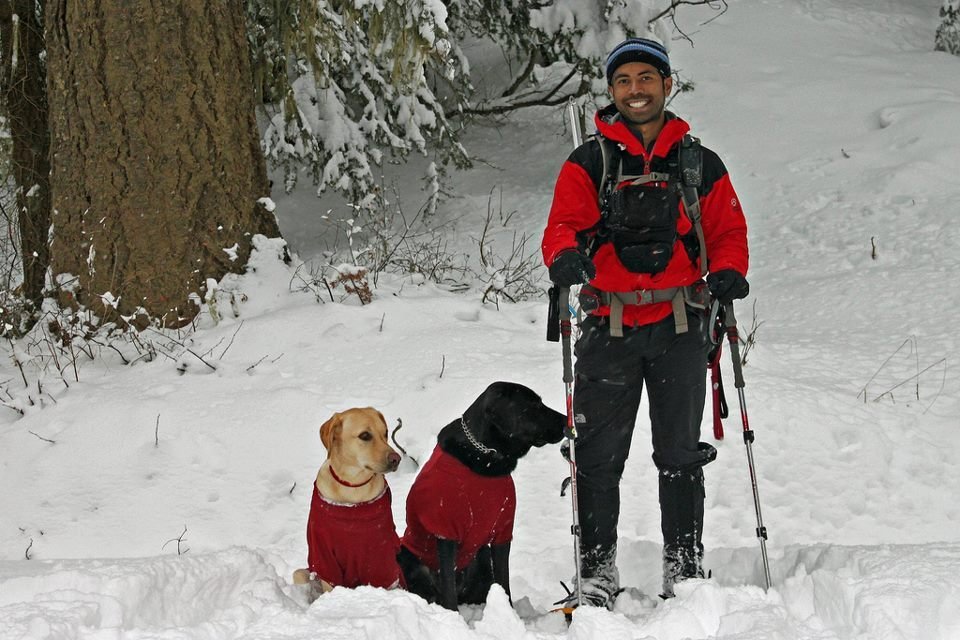 Teanaway seems to be one area that gets more snow earlier than other areas and the last area to forgo it all east of Snoqualmie Pass. Mentally I’m still not prepared for all this, and part of me is certainly still in denial. It seems like it was only yesterday when we were in the hot, dry Wildernesses hopping from one boulder to the next and making our way up some steep, scree, snow-free slopes. Alas, it’s going to take at least six more months before we get to do it all again.

Teanaway Road was icy, but it had been plowed up to Twentynine Pines Campground. Beyond the 9701/9737 junction, apart from the tire tracks there was about six inches of snow. As I slowly drove past the junction, I kept my fingers crossed not to get stuck like I did on the way to Tonga Ridge trailhead back in January.

About 2000 feet into the junction, a truck got stuck in the ditch and the driver attempted to drive it out of the snow but to no avail. My SUV didn’t come with a tow hitch I couldn’t tow it from the front. Instead, we hook up the tow straps to the front hitch hook and pulled it from behind. The entire ordeal took about 45 minutes and the truck got too close to the trees a couple times and took out the passenger rear-view mirror.

This was the first time I got another vehicle out from the snow and it was nice to be able to help. Just to be on the safe side, I parked the car by the campground to avoid getting stuck in the snow. By then we had only five hours of daylight left, so I decided to hike the service road instead.