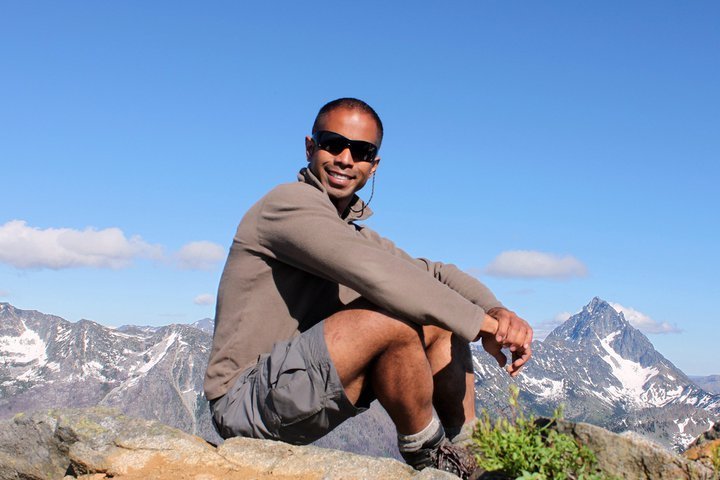 My hiking pattern for this week has been…starting late. After spending some time in the Blewitt Pass area a couple of days ago, I was still not ready to get back into Teanaway. Today I ventured into west of Teanaway for Solomon Mountain. Solomon and Harding have been on the back of my mind for a while. I was hoping to do both today as a slam, but since I’ve been starting late this week, I had to forego Harding.

How could I forget how treacherous the road beyond Salmon La Sac was? It all came right back to me as I drove to the trailhead. I was the only one parked at the trailhead so it looked like another quiet day of hiking alone in the mountains. There were lots of blowdowns not long beyond the trailhead and all the way to the second creek crossing. A few snow patches at the head of the basin but they were melting fast. It took no time to get from the basin to the ridge, and from the ridge it was a class 2 scramble to the summit.

Harding Mountain looked closer to Solomon than Howard to Mastiff. I probably would have had enough time for Harding had I started my hike bright and early. The ridge between Solomon and Harding looked sketchy, not sure if it was possible to traverse that way.

Spotted a couple of backpackers at the head of the basin on my way back, but not sure if they had seen me. A possible bear sighting in the marsh on my way back. But I was not about to confirm that by sticking around for longer than half a second. I quickly turned around and made a big loop to get down to the second river crossing. Here we go again with the blowdowns…