Bacon Creek Road (NF-1060) was clear of obstacles and with a dusting of snow beyond the first mile. We parked on an inch of powder just past the concrete crossing over Oakes Creek and started scrambling through the woods.

As soon as pup and I started heading up the slopes, it dawned on me that we had just received more snow in fews days ago. So I forewent of the original trip idea and decided to go up as far as we could before needing to turn around. Sunny day but we didn’t get much sunshine in the dense forest. 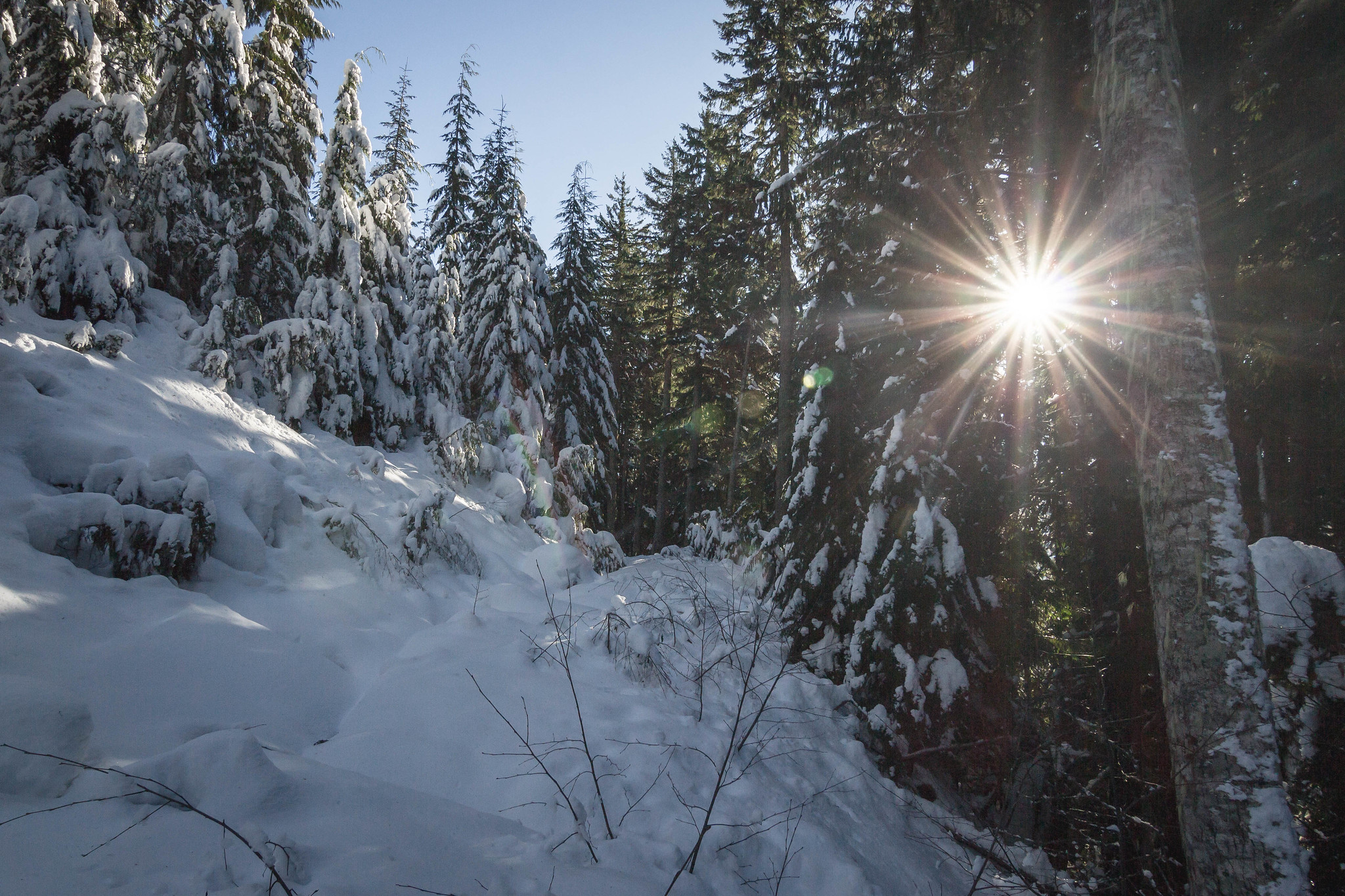 First 2,800′ ascent was fine, as we hugged the southwest rib through salals and a few inches of snow. At 3,500′ we came upon Road 1062 and immediately encountered deep snow. I considered walking the road instead, but knee-deep snow had me think otherwise. So we crossed the road and continued scrambling while moving at snail speed.

I hadn’t felt this exhausted from breaking trail in a while, and it took nearly an hour to ascend 200′. After intercepting Road 1062 couple more times, we got back on the road and walked back down. 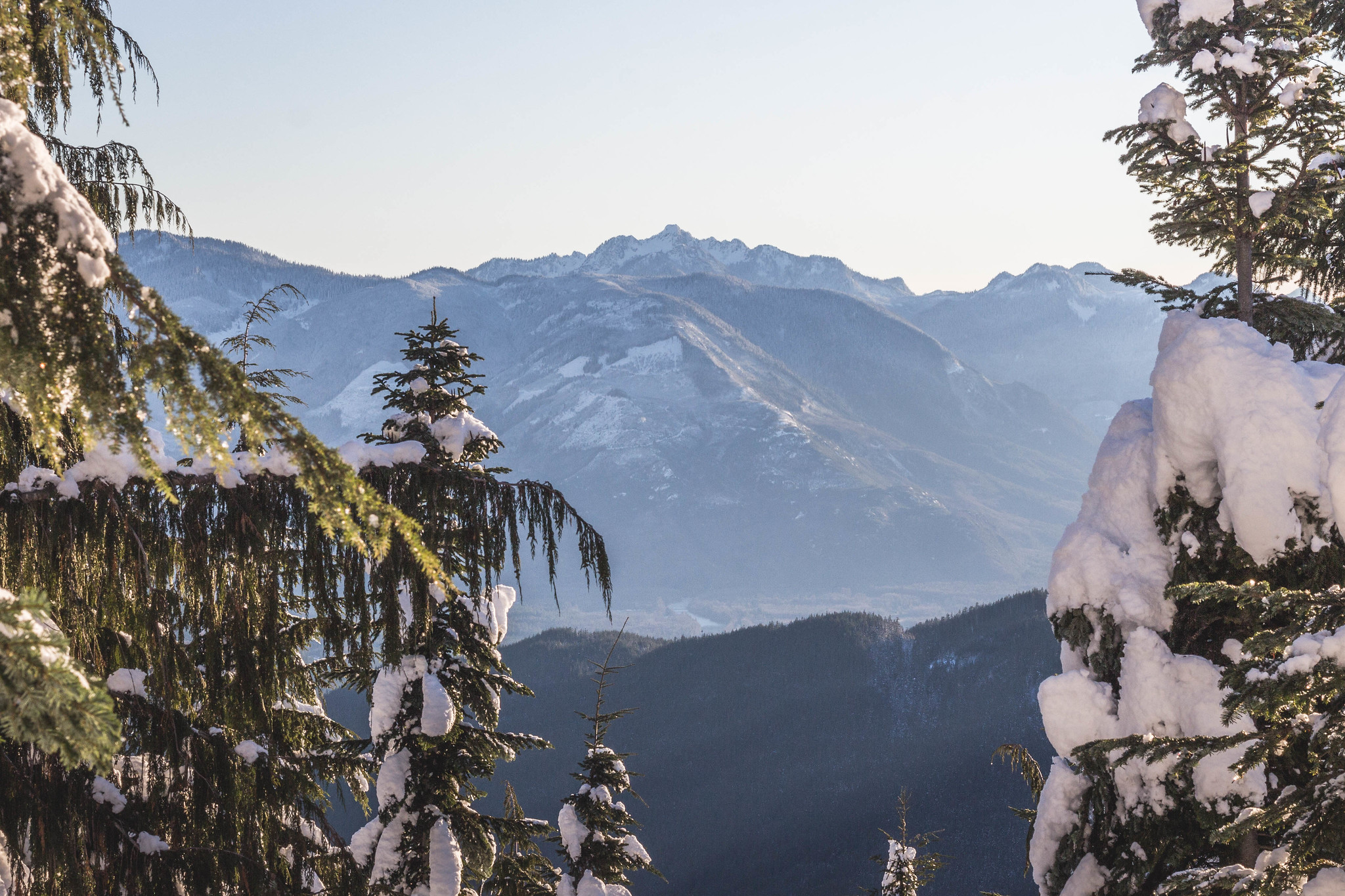 We spent an hour to enjoy the afternoon sunshine and take some photos before getting back into the forest for the descent.