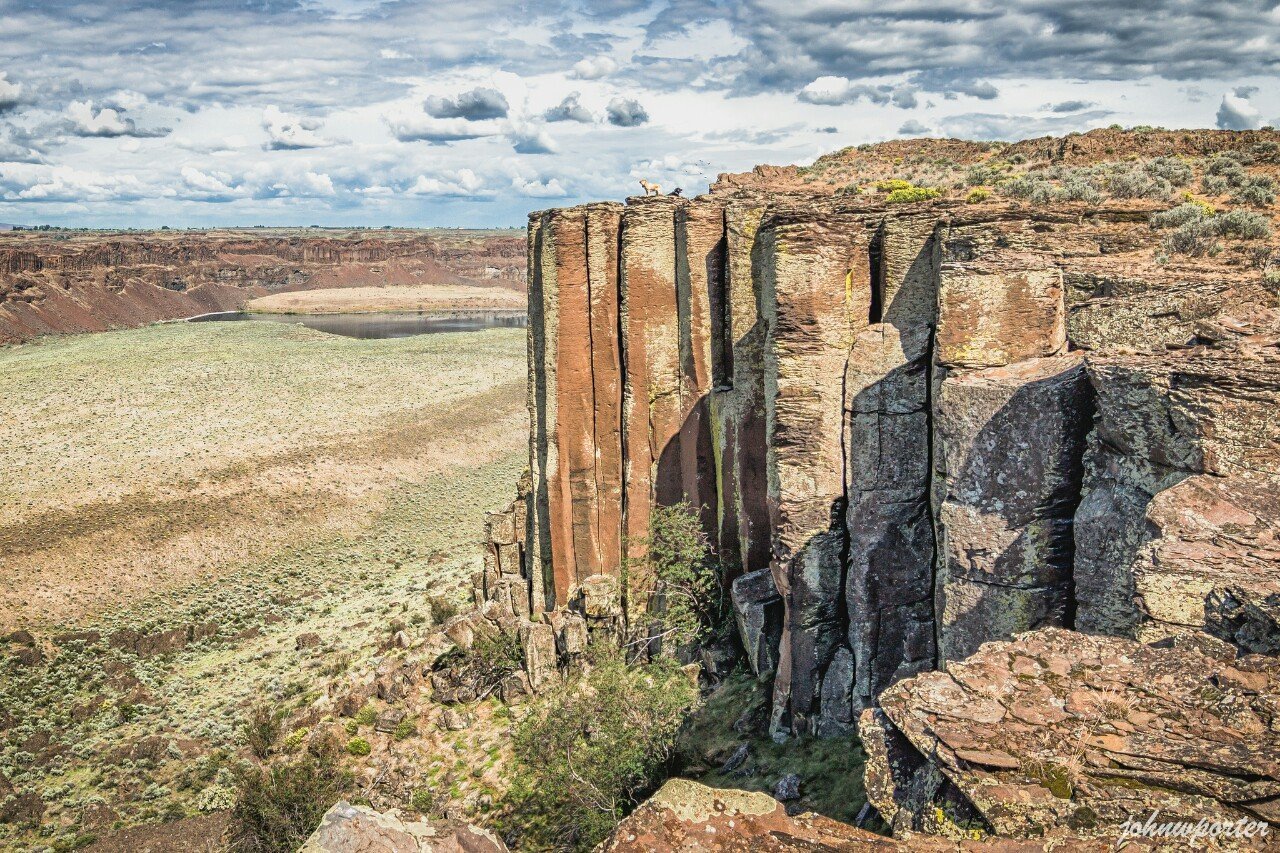 Around a dozen vehicles at the trailhead when pups and I arrived at 2 PM, as a couple of parties had just returned and a couple of overnight parties getting started to hike in. Plan was to take the same route as our previous trip but continued around the rim to northern part of the coulee if time allowed.

Weather was quite warm in the afternoon. After getting onto the rim from the southwest slopes, we followed a faint path and headed east. Occasionally we were greeted by the warning sounds of rattlesnakes coming from short shrubs and immediately took detours to avoid getting bitten.

We took a break at the highest point on the rim directly above Dusty Lake. Of all the stopping points we’ve made in the past, this one had the best views. Other than a group setting up camp and a couple of swimmers down below, there weren’t a whole lot of people in this part of the coulee. After about a half hour we started moving north and downward to cross Cliff Lake at its outlet before reaching east end of Dusty Lake.

A well-defined footpath east of the lake gave access on to the plateau below the basalt columns. Another footpath at the bottom of the basalt wall ran westerly up through scree slopes to a notch left of the columns. The notch provided views into both halves of the coulee while giving access into the Ancient Lakes side. We followed the path and dropped down onto top of the plateau south of Ancient Lakes to check out the lakes, aka potholes.

Five or more tents and way more people down by the lakes than on the Dusty Lake side. From the plateau we continued to follow the footpath down to bottom of the coulee and connected with the old roads to hike out to the car.

We got back to the parking lot just past sunset time.