Ptarmigan Peak is the third tallest in Central Pasayten Wilderness after Robinson Mountain. Together with Dot Mountain, they share a mile-long ridge north of Mount Lago. Also, the shortest way to the peaks comes from the south via Slate Pass.

Ptarmigan Peak and Dot Mountain at a Glance

I had underestimated the scale of Pasayten Wilderness the first time. So the pups and I ended up climbing four of the six peaks on the itinerary. Then I needed to save the faraway Ptarmigan Peak and Lost Peak for later.

Last year, the yellow pup and I visited Monument Peak and Lake Mountain and included Lost Peak. But we left out Ptarmigan Peak again due to time constraints. Coincidentally, Goodell Fire had broken out right before this trip.

The weather was decent until it rained in Eureka Creek Basin. So we waited out the rain under big trees for a while. Later, we left the trail and went up to Lago-Carru col. But visibility was poor because of the clouds.

The sun came out a short while later as clouds dissipated to see the route again. Soon, we moved through Mount Lago’s rocky north slopes down to the 7400′ tarn. But the mists rolled in again shortly before dinnertime.

We awoke to a blue sky and left camp right after sunrise the following day. We first made our way to the north of Point 8207 and continued on the crest. Afterward, we bypassed Point 8165 from the west toward Dot Mountain.

We took a short break before finishing the final mile to Ptarmigan Peak over mild terrain. When we had reached the top, we were 18 miles from the car. In other words, only 18 more to return to the car later today.

Ptarmigan Peak had a sheer north face compared with the mild south side. The immense views included the Lago group on the south skyline. It was windy on top, so we didn’t stay long. But I let the pup sleep a bit before leaving.

En route to camp, we bypassed Dot Mountain from the east. But it didn’t save us time as we should’ve walked over the top on gentler terrain. Later, we both took a power nap before the long trek to Slate Pass. 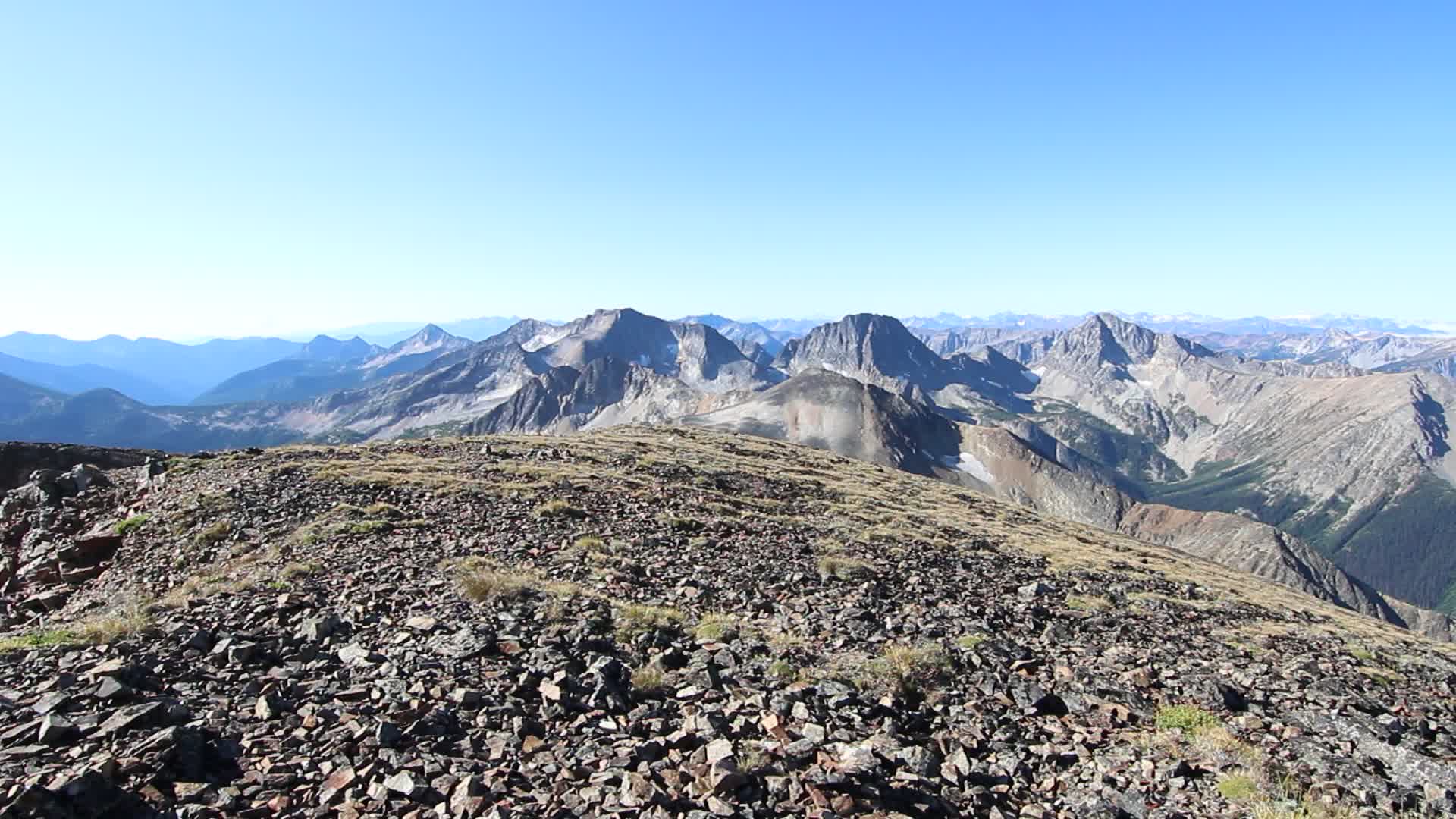