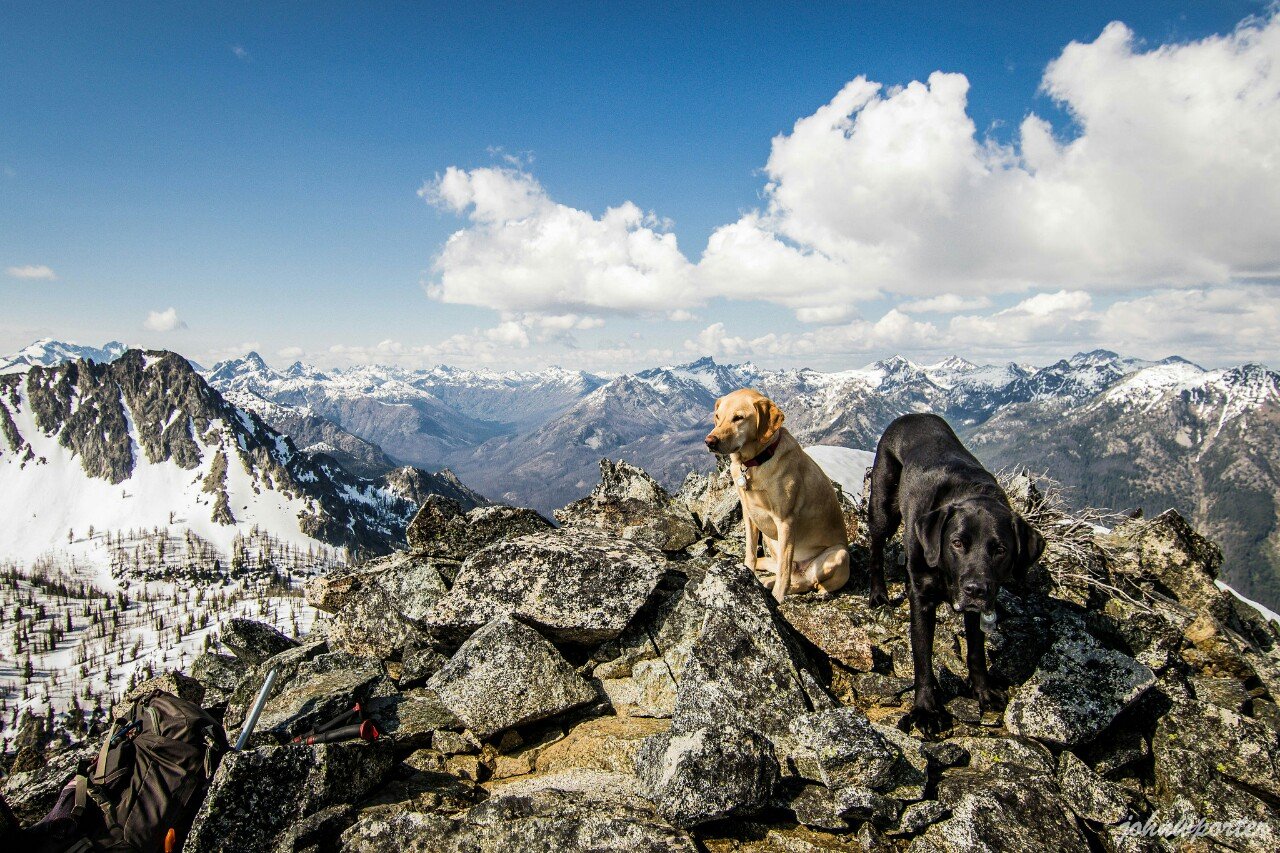 A redo for the black lab and me since our first attempt five and a half years ago. I’ve thought about the peak every year but never had the chance to go back until now. This time we brought along our yellow climbing partner.

At the trailhead I debated whether or not to pack snowshoes and ended up leaving them in the car. My thought was since we hadn’t gotten much snow this year and that the snow had been melting fast, there shouldn’t have been much left, if any, on the northwest ridge and onward.

It stayed snow free until just past Basalt Ridge saddle, followed by patches of snow, and from 5,800’ the ridge had full snow coverage. Of course by now I had regretted not bringing the snowshoes, but the snow must go on.

Once we got up to the northwest ridge above 7,000’ I noticed what appeared to be bear tracks that were headed in the same direction as we were. I thought the altitude was a bit high for bears to be hanging out and looking for food, but you never know. From that point on I was on full alert and made sure the pups were behind me the entire time.

It took a good amount postholing but we finally made it to the summit. Part of the reason I wanted to come back now was to scope out the Chelan peaks I had planned on climbing this season. They were all still covered in snow, so definitely a later summer trip for me.

Enjoyed the views and did the usual photo op session for about an hour then headed back down the mountain.