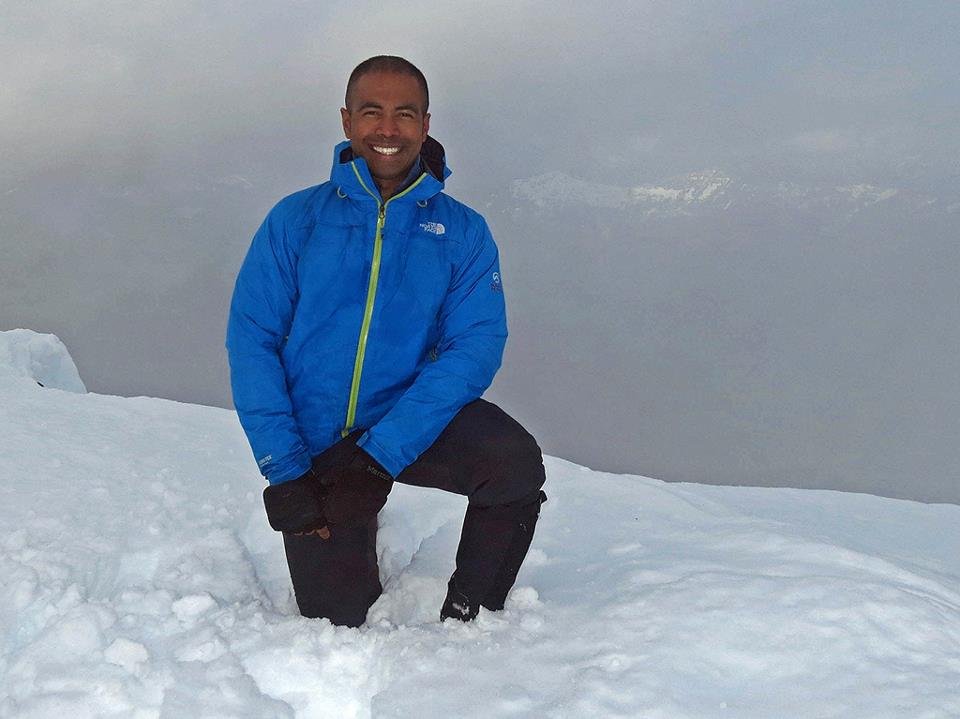 The weekend weather didn’t look good, with 70% and above chance rain in most places and 50% just east of Stevens Pass. My friend who has never hiked or climbed in the snow wanted get out, so I decided to revisit Rock Mountain.

No problem getting to the trailhead, with an average of six inches of snow from Smith Brook Road. Probably safer to access the mountain via Rock Creek now to avoid getting your vehicle stuck in the snow. The Snowy Creek route was a lot more forgiving elevation gain wise in the beginning in comparison to that of the Rock Lake. Most elevation gain occurred just beyond the meadow at head of the Snowy Creek Basin.

There was one to two feet of snow overall and snowshoes would have been helpful in some places but were not necessary. We postholed mostly at the switchbacks on the steep slope below Nason Ridge. Some postholing on the ridge and we managed to get parts of it by stepping on slightly exposed rocks.

If going now I’d advise bringing snowshoes as the area is looking to get more snow soon. I brought microspikes but never used them. As the clouds moved in and out of the area, we were able to get some views to the north and the west. The south and the east were completely socked in.