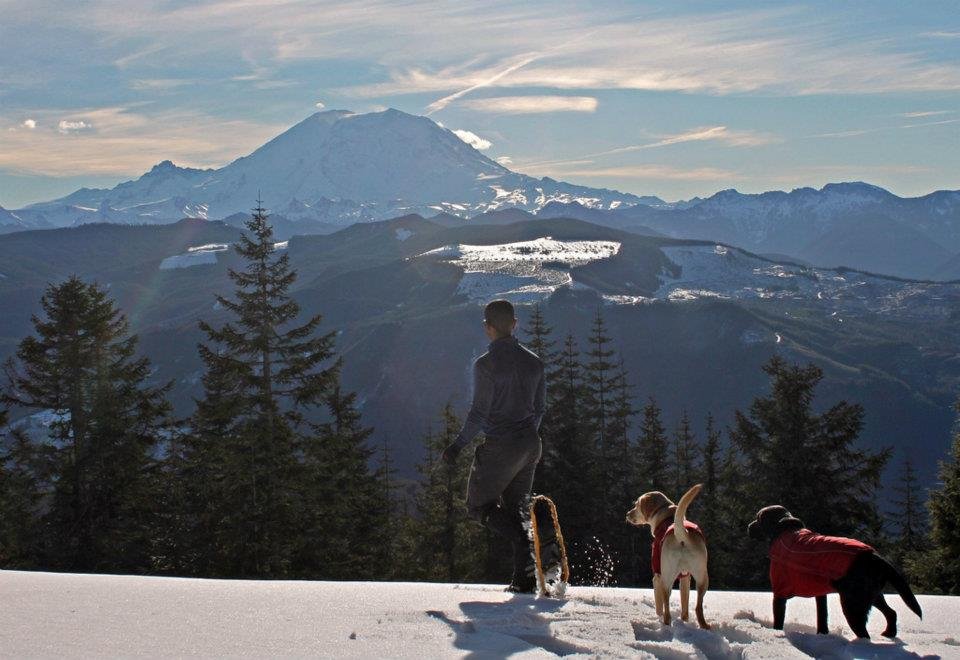 It was my concert weekend so I looked for something near Tacoma. In comparison with weather forecast in the area, I found a hiking report to Grass Mountain East where the weather would be semi-decent.

The hike was nothing more than half walking and half snowshoeing up the service road. The dogs’ company made the hike a bit more interesting. The end of the service road was the beginning of the scramble, which lasted only about a half mile. The summit was half covered in trees, so the view to the north was non-existent. Mount Rainier, however, was directly due south I more than a fair share of the majestic state monument.

The weather turned out to be way better that the forecast, mostly sunny. The entire trip was nice and quiet until right before we got back to the car where we heard the target shooters. Funny, signs were posted everywhere prohibiting target shooting in the area, but there it was. We got back to the car with plenty of time to drive to Tacoma in time for the concert call.