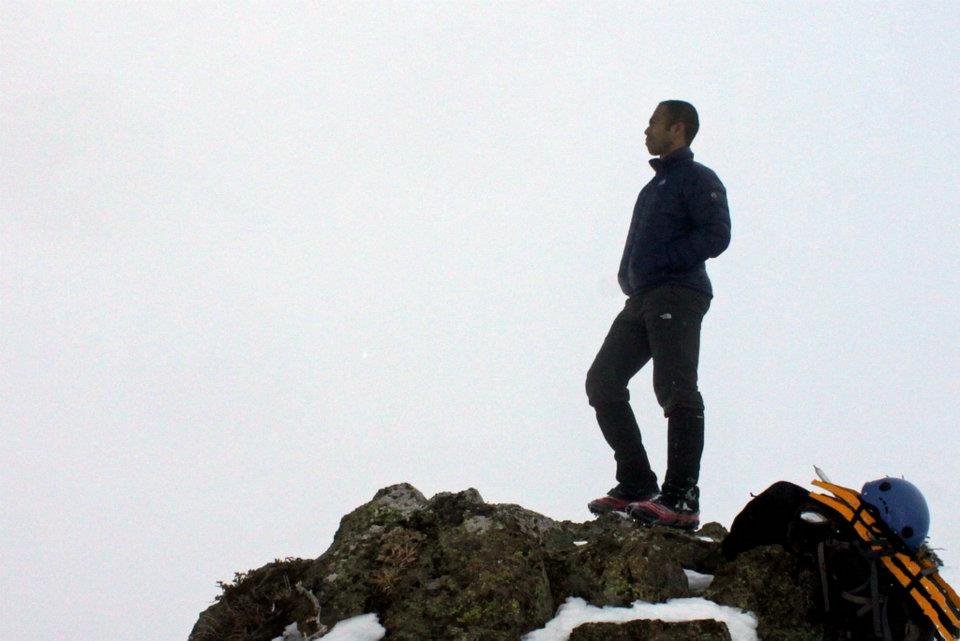 Mount Dickerman was rather quiet today for having semi-decent morning weather. Arrived at the trailhead at 8:30 AM with only one other car in the parking lot. The boys went to Round Mountain with me yesterday so today they got to stay home and sleep. Black pup and I were here May of 2010 so it was time to pay a second visit.

A report I read on WTA and NWhikers by the same hiker talked about his encounter with falling snow chunks. So to be on the safe side I brought my helmet along. It never hurts over-prepare than not have enough and having to turnaround in despair.

Savored the first 1,000’ of snow-free trail, then it was followed by snow/ice at 2,000’ all the way to the summit. There had been plenty of foot traffic on trail and various scramble route(s) so no need to worry about getting lost or offtrack. Saw owner of the other vehicle at around 5,000’ as he was coming down.

Got to the summit 2.5 hours later and stayed for 45 minutes to treasure the solitude. It was mostly sunny when I started, then the clouds slowly rolled in from all directions when I got to the meadow at 4,600’. It cleared up a bit couple hundred feet below the summit, but that didn’t last very long. Got lucky to snatch photos of Glacier Peak and Sloan Peak before the last bit of views disappeared. On the way down I past a total of 22 hikers who were heading up.

I brought snowshoes and helmet along but didn’t use them. Only used microspikes for traction.