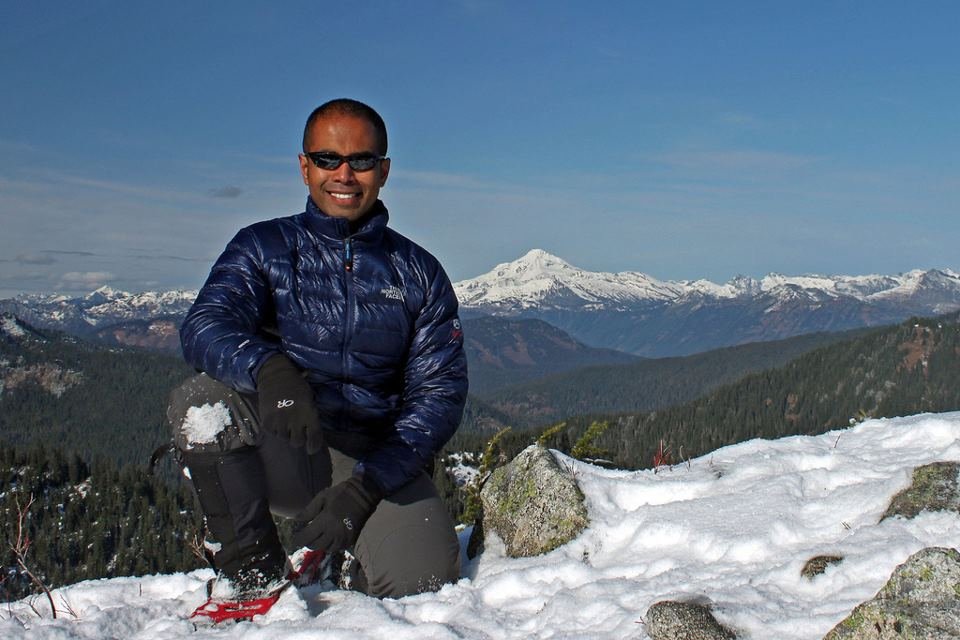 Lichtenberg Mountain has been on my mind since our attempt in April of this year, where we made Lichtenwasser Lake our stopping point due to harsh weather. The dogs and I hiked Church Mountain two days prior so they got today off. Instead, I got two hiker friends Mayumi and Tim to join me on this scramble.

To be honest. As much as I would much prefer hiking in dry weather, the snow would have been our best friend getting from the trailhead to the lake. Without the snow, the trail was much more brushy than I would have liked. Snow started to appear around 4,000’ and only microspikes were used to gain traction on the steep slopes. By the time we got to the lake there was about a foot of snow, but not enough to posthole.

The lake was snow-free with sheer ice around the edges. The weather had gone from partly sunny in the morning to clear sky in midday, more than we bargained for. When we arrived at the head of the basin there was about 1 ½ to 2 feet of snow. Two of us brought our snowshoes along but either one of us used them. The amount of snow decreased once we got on the ridge, even less snow on the summit.

Since none of us was in a hurry to get back home, we spent quite some time on the summit to savor the gorgeous weather. After snapping enough photos and ogling the peaks around, we bid our goodbye to the mountain and headed down.

Watch the video on YouTube, including commentary!
Our old trio attempted the peak six years ago. But glad to reach it this time with the help of my two fur partners.
But then I looked down from our weekend destination. And I knew that it was the far better seat in the house.
I’ve always thought that Dog Mountain at the head of the NF Snoqualmie River Valley had the best view of the MF Snoqualmie River corridor.
📺 I was casually seeing Prince Hairy. So there was the whole, like, “Is he gonna be a princess?” thing.
📺 I could not be more at one with nature. I do Coachella every year.