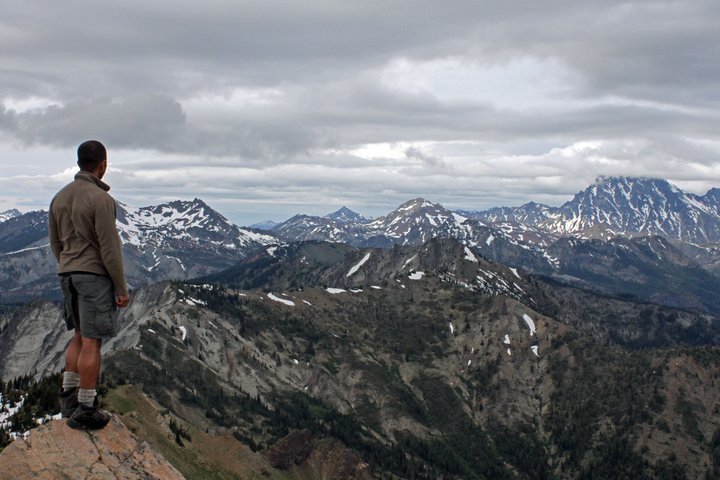 After resting the entire weekend I was getting a little antsy. Jolly Mountain came to mind because I have taken numerous pictures of it from other Teanaway peaks. It was time to pay the mountain a visit. Got to the trailhead relatively late and started hiking around 12:30. There wasn’t anyone else around so I figured I’d be the only person on the trail and/or the mountain.

Bugs on trail albeit not unbearable, insect repellent was still needed. No sign of snow until just below the ridge. The trail went in and out of the snow but was still easy to follow. Clear of snow once on the ridge until just before base of the peak. I didn’t bring my spikes, the snow was packed enough not to have used them. Used Trekking poles to keep my balance.

The summit was very windy, glad I brought my fleece along. Most of the Teanaway peaks I’ve been on were in plain view. Lots of dead ladybugs by the lookout pit, poor bugs. Took all the pictures I needed and then headed back down.