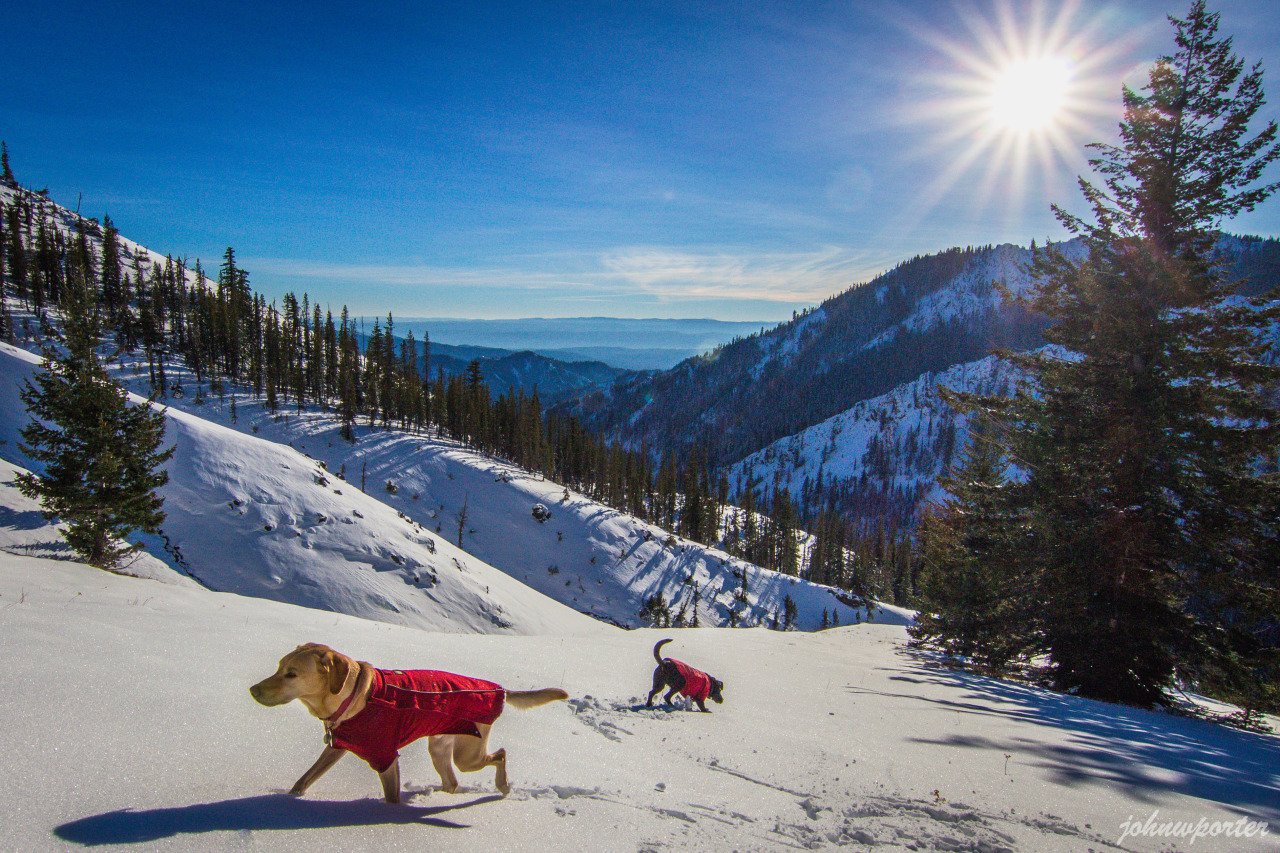 Late arrival at the trailhead forced a last-minute change from Three Brothers to Navaho Peak. Despite the usual potholes and the residual snow plus ice, road 9703 was still passable to the Stafford Creek Trailhead.

Stafford Creek Basin looked to have gotten quite a bit of snow during the recent snowfall. The trail was covered in mostly snow, and where there was less snow, it was then replaced with thin ice or running water. Judging by the boot tracks and the packed snow, there had been plenty of foot traffic so there was no need for snowshoes. The first couple of miles were fairly doable without traction device, but beyond that it was nice to have microspikes as more ice started to overtake the trail. There were a few down trees along the way but manageable.

Rather than heading up to the pass, the pups and I left the trail just after the second major switchback at around 4,600 feet and headed up the south ribs as a shortcut. Goal was to attain the lowest point of Navaho’s

southeast shoulder where Negro Creek Trail passes through and head up the ridge. Not long after leaving the trail and getting past the first couple of ribs the snow turned crusty and we started to posthole, so I put on my snowshoes and kept them on rest of the traverse. Once we got to the pass, we followed the southeast ridge line like we did two times before to get to the summit.

We got to the summit right at sunset time and stayed for a while before heading down in the dark. On the way down I decided to follow the tracks of hikers and snowshoers who came up through end of the basin. Not far below the summit the track split up into several and were headed in different but general directions down to the basin. It didn’t look like anyone had actually gone up to the pass but rather shortcut their way via the south face to get to the summit.

This peak remains to be my favorite peak to climb in the Teanaway Backcountry.