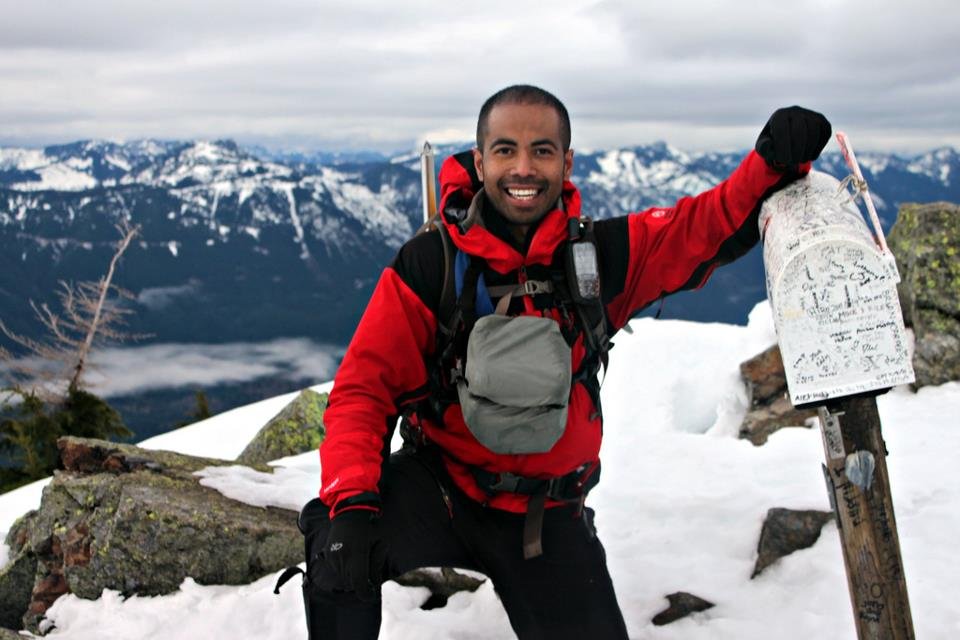 Mailbox summoned me to its feet this morning. Forecast today looked a bit promising with only 50% chance of rain west of the Cascades. The past couple of days I’ve had a late start and today was no exception. The urge to climb Mailbox today sort of came out of nowhere after conversation with a friend the night before.

Got to the trailhead right at noon and started hiking at a quarter past, with the goal of getting back to the car by sunset time of 4:20. I’ve been on Mailbox three times before so there wasn’t much need to stop and take a bunch of pictures. Without the dogs it was also easier to focus and keep a steady pace.

Snow and ice around 3,400, much lower than I anticipated. Once out of the treeline there were about two feet of snow, most of which had been packed down with ample traffic received in recent weeks. Three to four feet of snow on slope below summit, but with enough traffic in recent weeks there were no worries of postholing.

To my amazement, much of the boulder field was still exposed with only some ice. A lady I met earlier had warned me about the amount of snow on the summer route, so I decided to take the boulder route instead. It is much easier for me to traverse on boulders than in snow that’s for sure.

By the time I got to the mailbox it was 2:45, I stayed for about half hour on top. Another group of two arrived just I was getting ready to descend. It was a bit of a shocker, given that the sunset time was only an hour away just as they reached the summit. I brought snowshoes but only used the spikes for traction since I never postholed.

Just as I had hoped, I got back to the car right around sunset time. No hiking in the dark today!