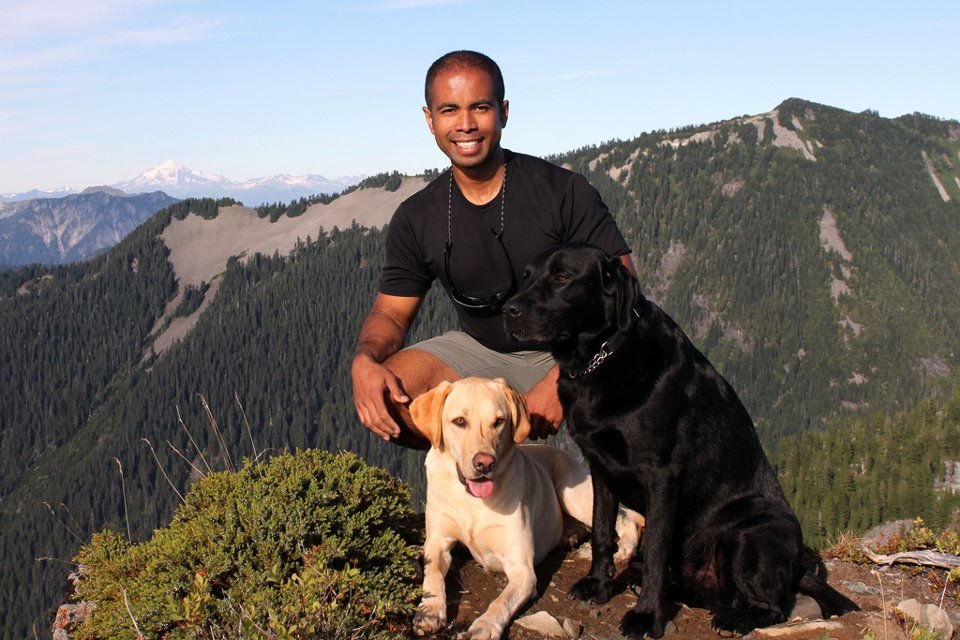 All photos from this trip can be found here.

Last hike of September as I unwillingly waved goodbye to summer 2011. After waiting around all morning for work items to come through, I decided get a hike in somewhere close by. Places in and around North Bend have always been a great destination when there isn’t enough time in the day or if the weather is better than rest of the Cascades.

Friends I attempted to hike Bare Mountain over two years ago, but we couldn’t make it to the trailhead due to road closure. Since it was still early in the day, we turned around and went to McClellan Butte instead.

Bare Mountain has been in the back of my mind ever since. Checked out recent trip reports on WTA and confirmed that the service road was now accessible, so we headed for the mountain.

The only caveat to hiking the mountain is the 23-mile drive from the city limits of North Bend. Since I’ve been in the area once before I mostly knew where I was headed. I constantly checked the map to make sure not to turn off onto the wrong road. The dogs and I arrived at the trailhead around 1 PM, nearly an hour after we started driving on the service road.

One truck parked in the gravel area, but the hikers of the vehicle came out of the trail just after I had parked the car. The men turned around at the first creek crossing .5 mile into the trail and warned me about the washed out bridge.

When we got to the crossing there was one big log (climbing rope attached) plus a couple smaller ones, but no sign of a washed out bridge. We crossed the shallow creek by stepping on the smaller logs. Second crossing was another .5 mile beyond the first one, with a sturdy bridge over the creek. The fun was just getting started.

For nearly one mile beyond the second crossing we had to hike through brush and overgrown vegetation. The entire trail was in excellent conditions so no trail finding was necessary. Although a machete would still have been nice to have since the trail was buried in brush with occasional mud holes, and one misstep would mean a sprained ankle or related injuries.

The brush continued beyond the 2-mile trail junction but it was noticeably taming. It soon faded as the trail continued to switchback for the next 2.5 miles all the way to the summit, which made the steep incline a lot more manageable—and virtual unnoticeable. Once we go onto the ridge line, a small viewing trail took us to the back side of the mountain with the best view of the lakes nestled below. A short hike from the ridge and we were on the summit of Bare Mountain.

It felt nice not to have to scramble for once. We did lots of it this summer and relied heavily on my beloved GPS that I lost on a recent trip to The Enchantments. As embarrassing as it may be, I felt somewhat handicapped without my GPS on this hike even though it was not at all needed. I do keep a compass and a map in my backpack as a backup.

Not too breezy on the summit but it was full of bugs. The dogs could not sit or lie still and were completely annoyed by the pesky creatures. I actually had to put on some bug spray just so I could take photos in peace. After getting all the pictures I wanted and feeding the hungry, thirty beasts, we headed back down the mountain. What a perfect day to redo this hike while having the entire mountain to ourselves.

Our old trio attempted the peak six years ago. But glad to reach it this time with the help of my two fur partners.
But then I looked down from our weekend destination. And I knew that it was the far better seat in the house.
I’ve always thought that Dog Mountain at the head of the NF Snoqualmie River Valley had the best view of the MF Snoqualmie River corridor.
📺 I was casually seeing Prince Hairy. So there was the whole, like, “Is he gonna be a princess?” thing.
📺 I could not be more at one with nature. I do Coachella every year.
📺 Do I wear my fringed vest? Or, more importantly, do I wear anything under it?
📺 I have never heard someone say so many wrong things, one after the other, consecutively, in a row.
📺 Being approachable isn't that important anyway. The Queen hasn't smiled since the 70s, and her birthdays are still very well attended.
📺 "Funky" is a neon t-shirt you buy at an airport gift shop next to a bejeweled iPhone case.
📺 The idea of me life coaching another human being should scare you...a lot.
📺 I’m trying very hard not to connect with people right now.
📺 I'm expensive sushi, I'm a cute huge yacht. I'm a little bit single even when I'm not.