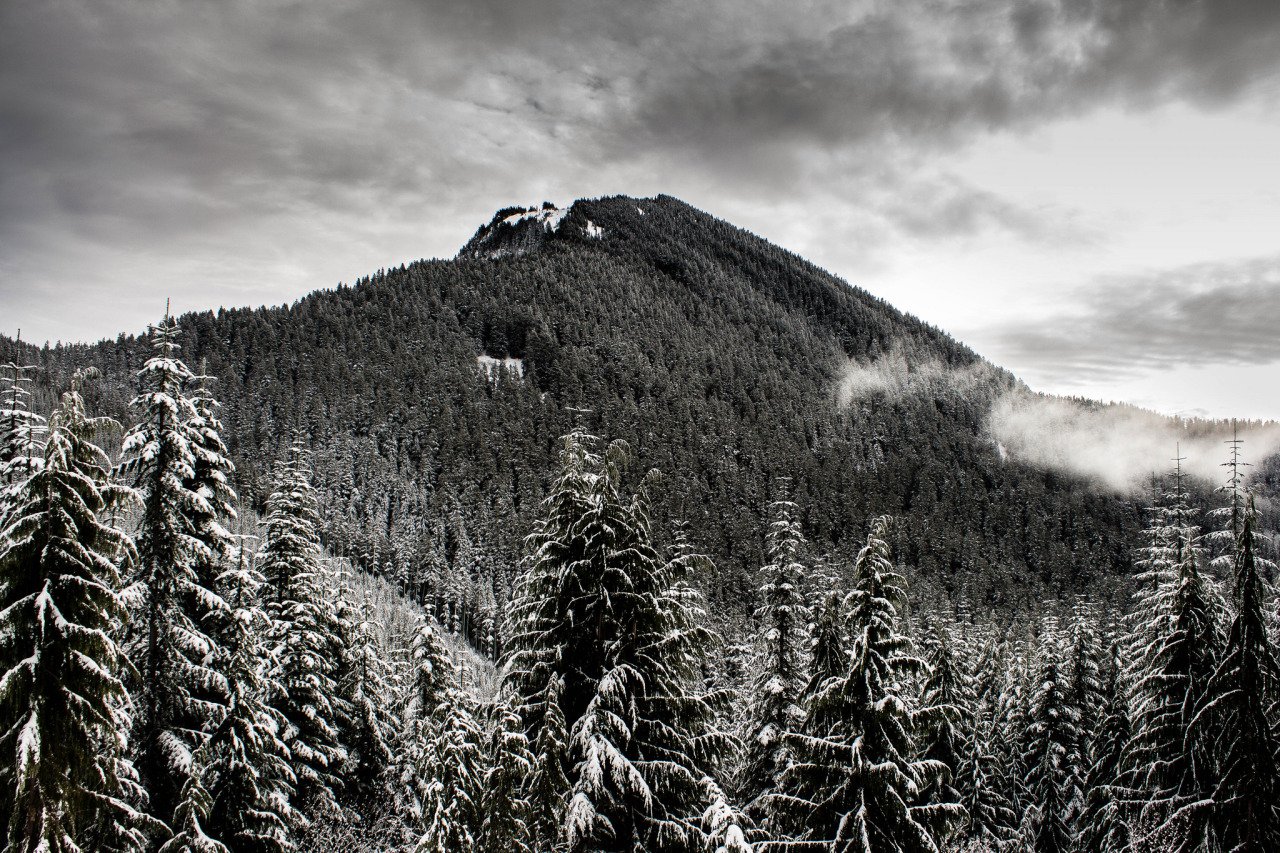 New snow had accumulated since a report was posted last week. I got as far as the Summit Lake/Coplay Lake junction, parked my vehicle near the sign, and start walking to the trailhead.

The old layer of snow under the new three-inch layer was pretty consolidated all the way to Twin Lake, so I didn’t put on my snowshoes until that point. No route finding on this trip, pretty straightforward and just followed the visible trail and some old snowshoe tracks all the way to the summit.

Views on top did not disappoint and were pretty spectacular, with Mount Rainier situated to the south. The Olympics mountains, Mount Baker, Glacier Peak, and everything else near and far were all visible due to high clouds. The only thing was the east wind blowing incessantly atop the mountain, but that’s not unusual for this time of the year.