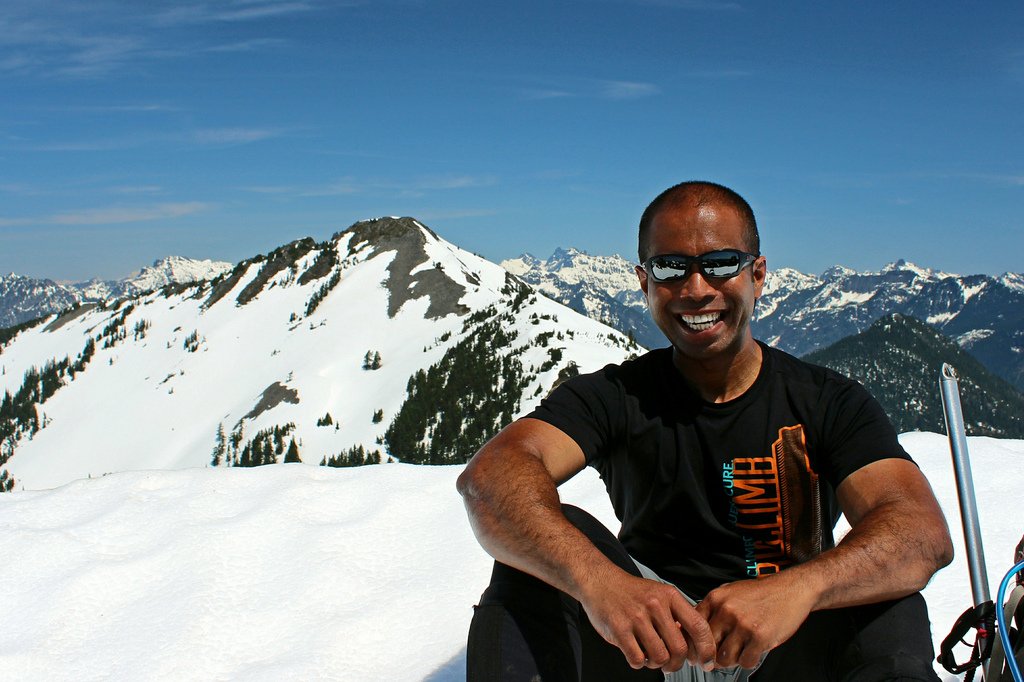 The only other time I stepped on the Annette Lake trail was exactly four years ago to the day. I’d forgotten how long it took just to get to the lake.

Snow patches started to appear around 3,500’. By the time I got to the lake I started to posthole. Put on snowshoes by the lake and then went around the south end to attain Abiel’s north slope. The slope wasn’t too steep and the snow condition was perfect for snowshoeing.

The snow condition became slushy once I got to the saddle, since the south side got most of the sun all morning. The slope grade from saddle to the summit became steeper, and in conjunction with the slushy snow I took a couple of falls. Ice ax would be highly recommended during this part of the ascend.

Beautiful views all around just as I had hoped. I was hoping to tag Silver as well but ran out of time.